When the London 2012 logo was launched in the spring of 2007, a few weeks ahead of an IOC visit to London, the British media reported widespread criticism of its purpose, quality and value.

For those that might have missed it, the launch of the 2012 logo created a range of commentaries that are useful to summarise before offering a response. First, it was widely reported as somewhat radical, retro and just a little too crazy to be taken seriously. The logo’s bright colours and 1980s disco-cum-graffiti appearance was an easy target for politicians who were less supportive of the Olympic project, one of whom promptly launched a petition to have the logo discarded (gaining over 40,000 signatures in the first few days).

The second piece of controversy arose in relation to a portion of a promotional video for the logo, which was reported to have provoked a number of epileptic seizures. This led to London 2012 removing the offending segment from the promotional video, though concurrently a complaint was launched with the television regulatory authority for the UK, Ofcom. Alongside these events, there were general expressions of disdain for the logo and its failure to represent London or reflect the £400,000 that was invested into its development

It is unfortunate that the launch of the logo was diminished in this way, as it seems such a defining moment for gathering support for the Games. However, rather than get drawn into the specifics of these problems, I would like to mention some parts of the discussion that seem to have been omitted from much of the reporting. During the height of the controversy, I did not see a comprehensive, robust defence of the logo. Officials from London 2012 offered some defence, but I do not think they satisfactorily explained the benefits that the logo design affords. This also seemed unfortunate, as there is a very strong argument on its behalf. For instance, we might talk of at least two central aspects of its design that enrich it and that are strategic, innovative and intelligent components. These two components will be the focus of this brief position statement, which argues that the logo is sophisticated, intelligent and likely to bring enormous kudos to the London 2012 Olympic and Paralympic Games.

First, on the day of its launch, I saw a full-page advertisement of the logo within the Metro newspaper, a free, urban commuters’ daily published in various cities across the UK. The advertisement was presented by LloydsTSB, which is the official banking partner for the London Olympics. It struck me immediately that this logo allows sponsors to alter the internal components of the design to suit their own brand identity. Simply by seeing the advertisement (Fig 1. below), one could see the great potential offered by this design. In this case, the logo was coloured with the blue and green of the LloydsTSB corporate design 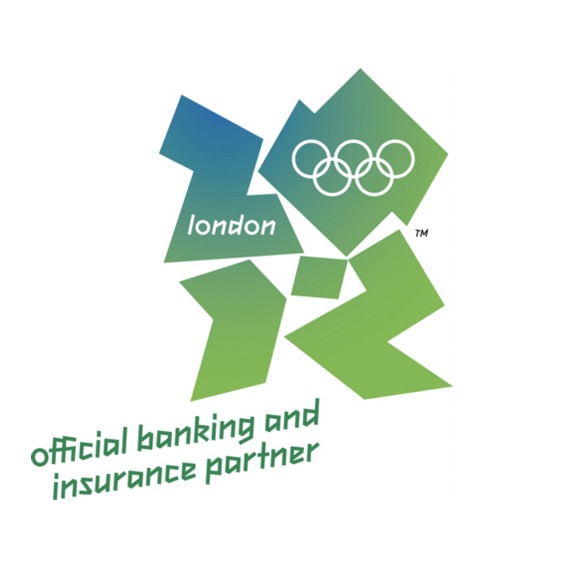 If one considers logos from other Games, such a synergy of brand identities is often not possible. For instance, Athens 2004 used a wreath of Olive leaves and placed the word Athens 2004 and the Olympic rings below it – outside of its space. In fact, the last five Olympic Games restricted themselves to a similar format – design located above the city name and year, which sits above the rings. The same applies to Beijing 2008 and Vancouver 2010 (See Fig 2, below). 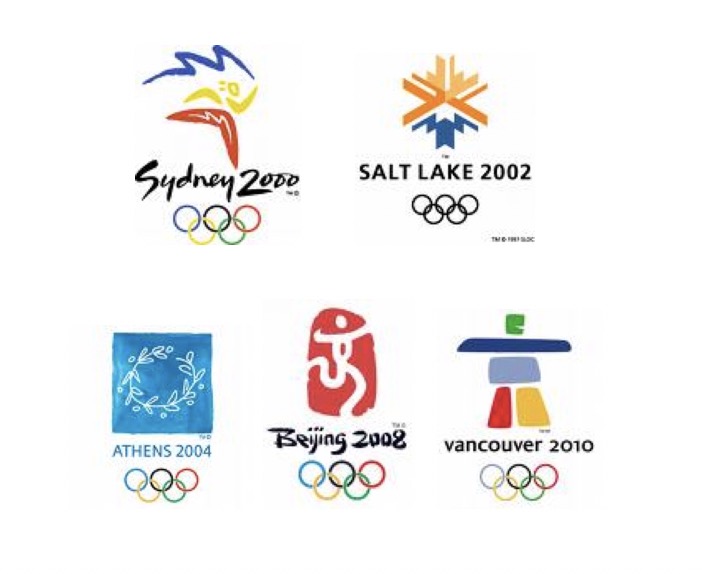 London innovates by breaking with this tradition and the breaking of any kind of Olympic tradition is no easy task for any Olympic host city. For instance, the Beijing 2008 Games began with the slogan ‘New Beijing, New Olympics’, which was revised to ‘New Beijing, Great Olympics’. One could speculate that this was because the former implied too strong a claim about China’s capacity to change what the IOC would prefer unchanged.

For the 2012 logo, the rings and the word ‘London’ are internal to the design, offering a range of possibilities for movement and cross branding. For instance, it could be possible for non-official affiliations to use the 2012 design, providing they omit the rings and the word London. This provides enormous possibilities to integrate those components of the Games that are, often, marginalised from associations, due to commercial restrictions. On this note, it is also relevant to add that the 2012 Paralympic Games logo is also incorporated within the same design (Fig 4). 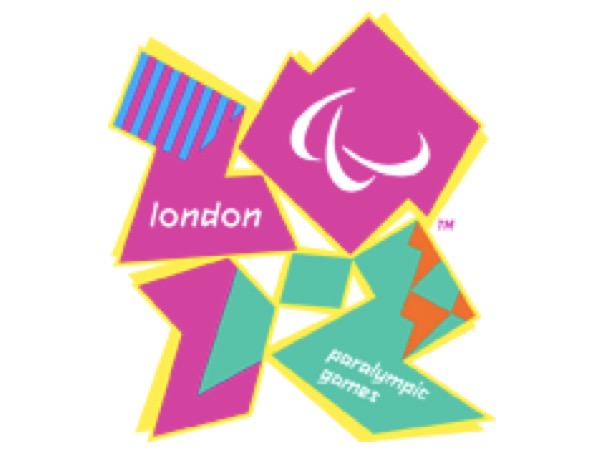 A second example concerns the geometric shapes of the ‘2012’. In one interview, Sebastian Coe, Chairman of London 2012, spoke about connecting the logo shape with architectural design principles for venues. Again, this is something that was not enabled by previous designs where there is nearly no connection between the logo and the overall look of the Games.

On this basis, the logo is visionary and insightful. While the lobby group against the design might not revel at the idea of buildings constructed in a similar fashion, critics would do well to remember some of Frank Gehry’s icon structures: the Maria Stata building at MIT, the Bilbao Museum, for instance.

In June 2006, Gehry was in Liverpool during the UK architecture week and spoke about the importance of vision from beginning to end, when realising a project. There can be no doubt that there is thought and vision behind the London 2012 concept. The comments by critics that the logo could have been designed by children – as distinct from the arguments that say it should have been – seem to overlook any aesthetic or design appreciation.

Inevitably, large amounts of public money that are spent on types of expertise that are questionable from the perspective of the lay public is going to generate good headlines. It’s not unlike the kind of complaints made about the value of contemporary artistic practices.

The cost of £400,000 for the logo, when seen in the broader framework of media coverage on the expense of hosting a Games, is not likely to lend itself to positive publicity, regardless of what the design looked like. On these matters the conceptual and programmatic design of the Games, from beginning to end, will be a focal point for political contestation.

The Games are always caught between aspiring to excellence and the criticisms that arise when that implies a resultant lack of investment in grass-roots causes. Would the logo have been designed any better by children, young designers, or anybody else for that matter? Perhaps. Yet, it would be foolish to conclude that a revised logo would generate any less controversy, or that it would meet the expectations of consensus, which seems the underlying discourse within the media coverage of the logo’s launch.

I anticipate that the logo will be embraced by Londoners and the UK at large and will, in time, be seen as a visionary object of desire that will become part of the positive construction of London by its inhabitants and the rest of the world. I also suspect that it will make a lot of money for the sponsors, which is the primary goal of the logo. If it does, then this will offset the cost to the public purse and that, undoubtedly, will generate quite different kinds of media coverage.