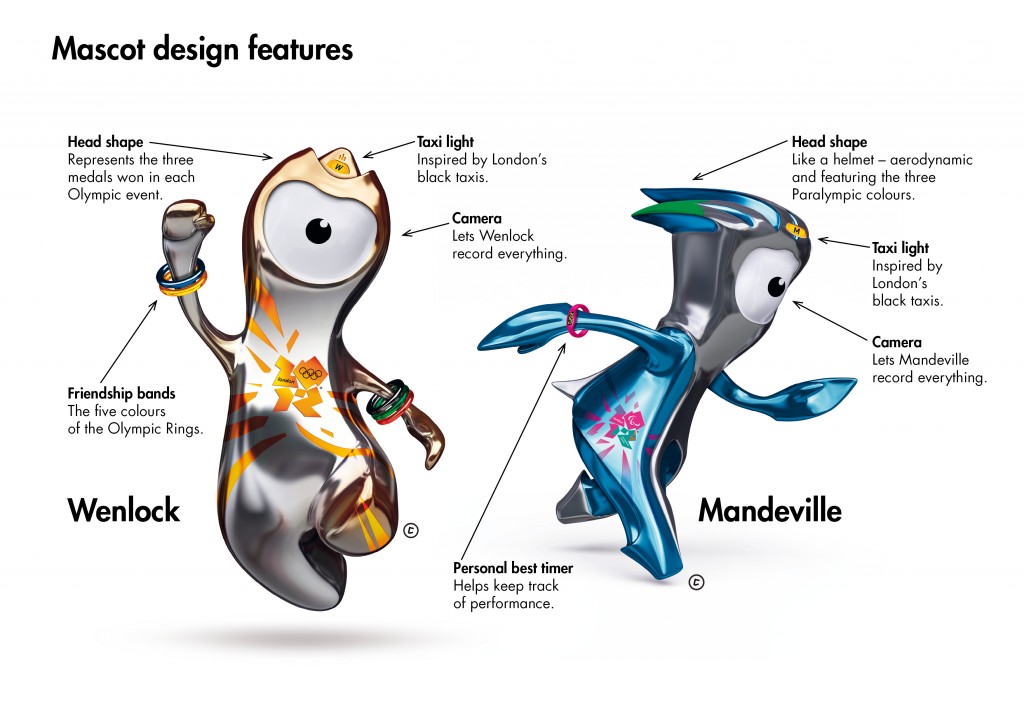 On 19 May, 2010, the London Organizing Committee for the Olympic Games (LOCOG)  launched the Olympic and Paralympic Mascots. Their design is in keeping with London’s pursuit of postmodern iconography, which has created an absence of locative symbols through which outsiders can interpret the 2012 Games. This approach to imaging the Games was most clearly articulated three years ago, with the launch of the logo, which also attracted attention for its avant-garde structure and unique functional property of maintaining its visual integrity even without the Olympic rings (see Miah 2007).

Similarly, the London 2012 mascots are a deliberate retreat from jingoism, cliché and national symbols and, given how LOCOG appears to be imagining London’s Games, one might conclude that the final designs could only have been this way. For while it is common for Olympic mascots to symbolize identity in some way, Britain is a nation absent of a clear identity and so a new alien species seems appropriate, especially in an age of renewed commercial space travel and synthetic biology. However, are they too much of a retreat, do host populations ultimately want their mascots to represent themselves? We’ll be posting an article soon to follow up some of these themes. Stay tuned.