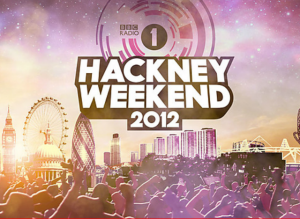 (22 June, 2012) You could be forgiven for missing the fact that Hackney Weekend 2012 is an Olympic related cultural event, but if you take a look at the stage shots, you will see a London 2012 Festival logo there and a lot of the BBC coverage has drawn attention to Olympic stories throughout its broadcast – the pervasive 2012 pink colour may also be a giveaway. Billed as bringing music back to its roots in London, the big event was broadcast live over the BBC throughout the weekend and claims to be the biggest UK, free music event of the year.