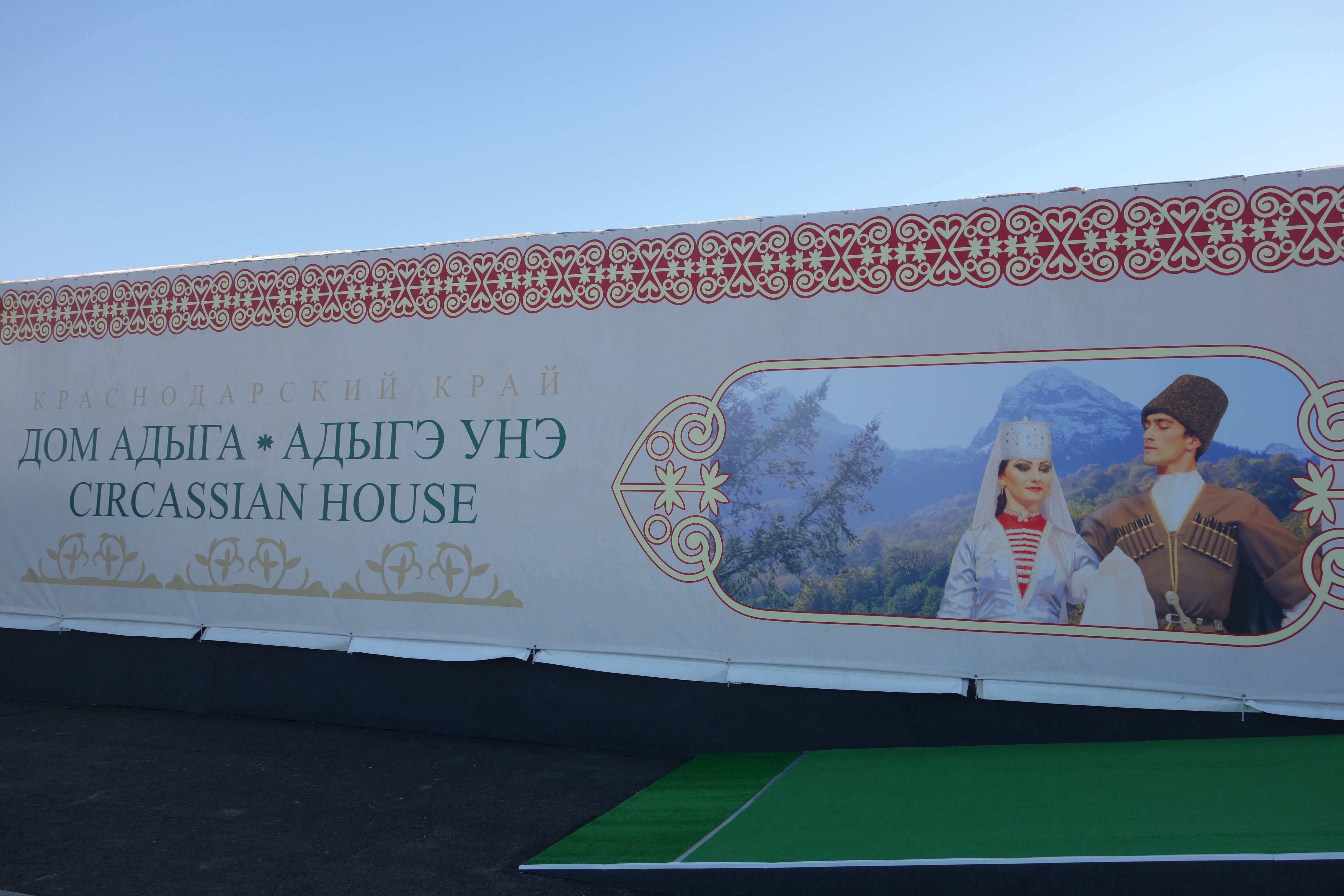 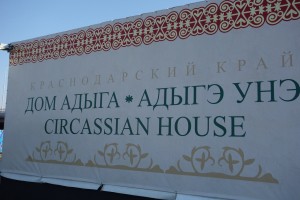 One of the earliest controversies surrounding the preparations towards the Sochi 2014 Olympic Winter Games was concern over the fact that construction of the Olympic Park would take place over land used as the burial grounds for Circassian people killed one and a half century ago as part of ethnic cleansing attempts by the Russian Czar.

Many protests by Circassian activists followed the announcement that construction would go ahead in the area. Some of the protest actions were violent, and there were talks of possible terrorism attempts against the Games. Now the Games are on, and the organisers gesture towards the Circassian ethnic question and claims by this  group towards ownership of the land has been to create a Circassian House, in a prominent Park location, near the sporting venues, and apart from the enormous Russian Regions Exposition which is located by the train station at the entrance to the Park.

The House offers a full schedule of cultural activities, including sophisticated fashion shows by contemporary designers of Circassian-descent. It is worth reflecting on the value and limitations of these kinds of gestures in the context of large scale events. Would it have been appropriate to include as part of the events schedule some informed debate around the historical conflict, its original aims and its effects on Circassian culture? Probably yes, but such approach is regretfully rare in the context of mega-events, perhaps out of fear of media sensationalism but more likely due to the fact that positive national reinforcement and local boosterism takes precedence over more complex discussions that may result in disagreement.

Regardless of the limitations of presenting only one (uncontroversial) side of the story, there is value in making some kind of positive gesture (rather than none) and offering a platform to showcase the traditions and, most importantly, the present of all cultures that may have an association or claim over the physical location of large events. It is important that as wide a range of local cultures can use the opportunity provided by the Olympic Games to reach out to the global media to tell stories about who they are and who they want to be. Giving the floor to a contemporary Circassian fashion designer is a good way of showing that there is more to the Circassian story than their attempted genocide and suffering, and that is possible to support and help grown the distinct cultural sensitivites and creativity of this ethnic group as it exists today.