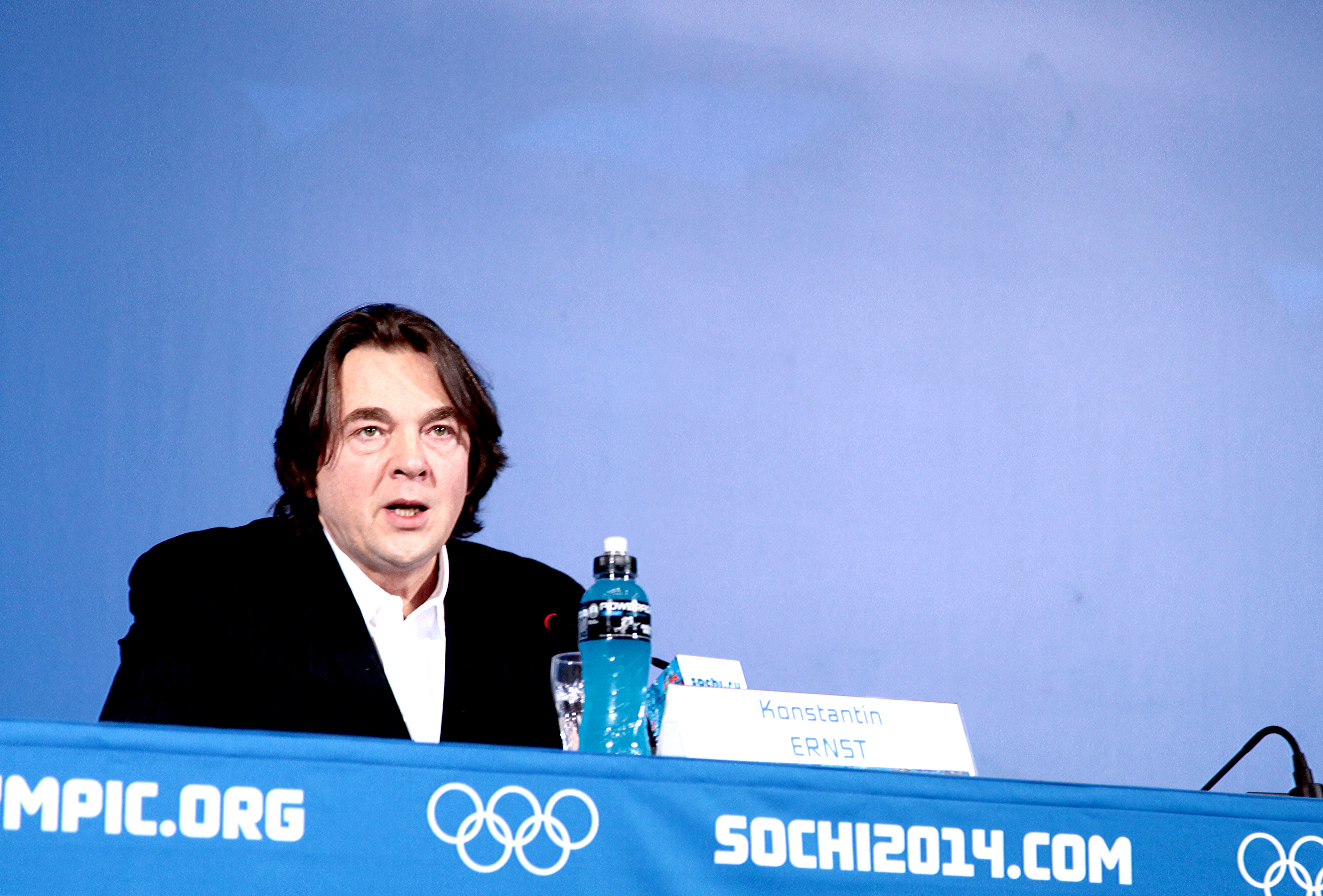 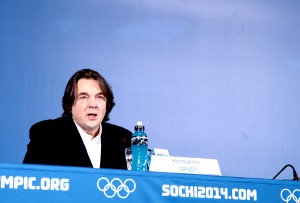 What can you expect tonight for the Sochi Olympic Opening Ceremony? Today’s press conference with its Artistic Director Konstantin Ernst revealed that there will be innovation around the athletes’ parade and a ‘mental journey back into the history of Russia’. He also felt hopeful that all major broadcasters would cover the entire creative dimensions of the ceremony, while also noting that he kept the duration to approximately 2.5hours to minimise audience fatigue.

Ernst was clear about his core message: this is a Ceremony to celebrate what is best about Russia and present it to the rest of the world. It aims to make foreign audiences ‘fall in love with Russia’, so it focuses on the aspects that Russians are most proud of and that can be better understood and appreciated worldwide. In this sense, Ernst insisted that it will not follow the London 2012 lead : the ceremony is not to highlight pop music but rather, the best Russian classics (although one of the few internationally known pop bands, t.A.T.u, are to make an appearance in the pre-ceremony show). Neither does it intend to include humor and make irreverent presentations of their head of state (don’t expect Putin parachuting down a plane!). Instead, the core thread of the ceremony’s cultural segment will be a review of 18 major chapters in Russian history.

Ernst felt that some aspects of the London 2012 ceremonies, such as the homage to its National Health Service (NHS) – though much loved by British audiences – had been misunderstood by the international public. So, for him and his team, the priority was to look into Russian history with an international eye and combine surprise factors and creative re-interpretations with signifiers that can be easily appreciated by non-Russians.

The Russian Revolution will be included as one of the history chapters, and it will be presented through avant-garde art motifs. An interesting point raised by Ernst was how the Russian avantgarde art movements opened the doors to the Revolution, but, paradoxically, were killed by the very same Revolution they had helped shape and succeed. In this sense, the celebration of both avantgarde art and the Revolution could be seen as an interesting double-entendre, from which discerning audiences may take differing interpretations.

References will also be made to the previous Russian Olympic Opening Ceremony, for Moscow 1980, which pioneered so many large scale spectacle techniques and which has remained a referent for decades to come, so watch out cameo appearances of past Moscow symbols (Misha, perhaps?) and some sophisticated audience participation moments.

Overall, we have been made to expect that this Ceremony will combine high art concepts and historical references with the latest technology. Of course, the most closely guarded secret is how the the Olympic cauldron will be lit, so there is nothing we can share on that front so far. But we have been given some hints at what had been a secret until today: the organisers have worked hard to overcome one of the long-running challenges of Opening Ceremonies – how to manage the athletes entrance, so that it retains its importance, allows respective countries to focus on what they want – a close look at their athletes – while keeping it dynamic and less “boring” to watch as a whole.

Keep watching this space and we will offer you a full picture reportage.