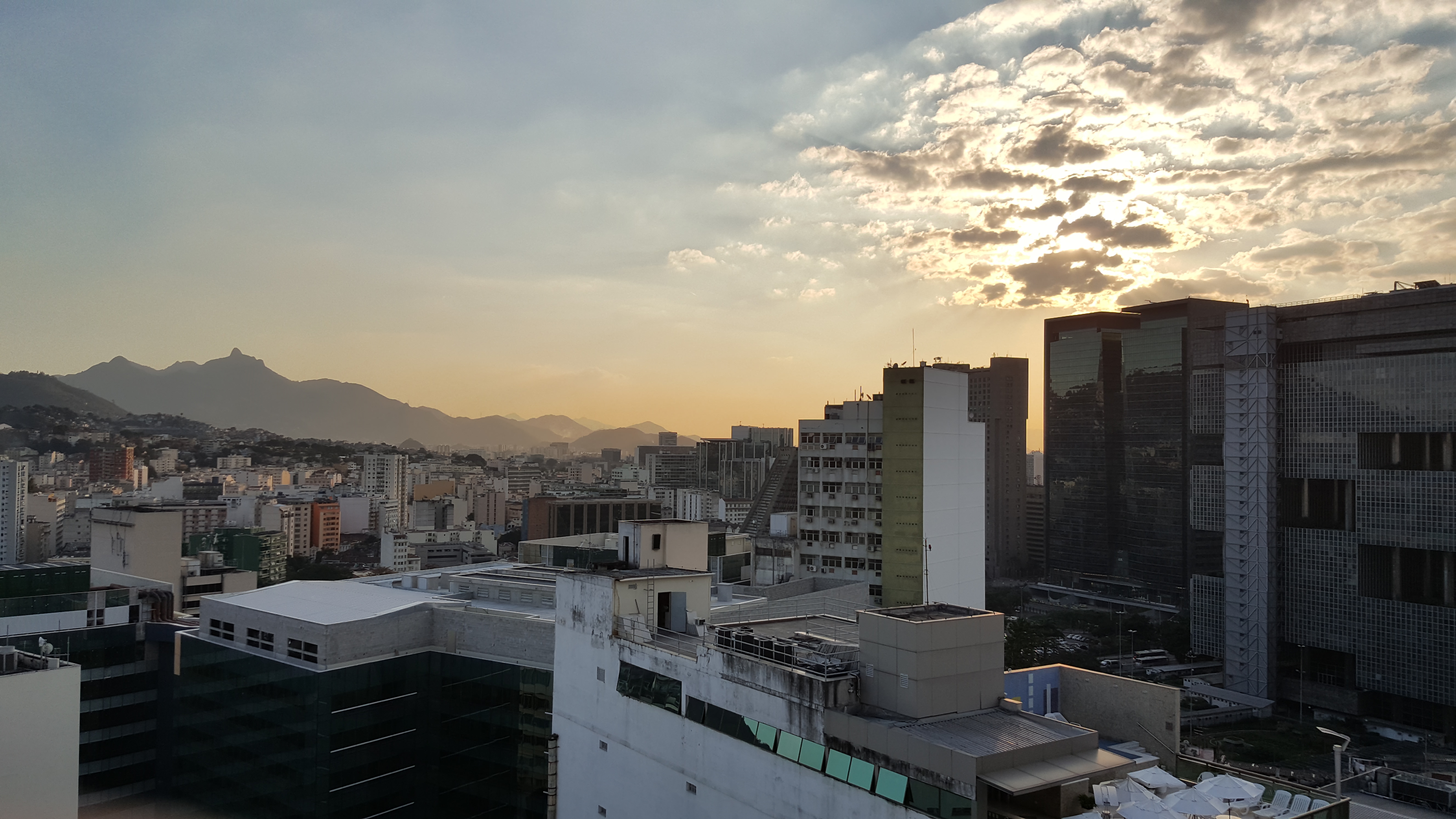 The heart of the Rio 2016 Games is a 1.18 million sq. mts. area that will see competitions for 16 Olympic, and nine Paralympic disciplines.

In order to build the Olympic Park, two partnerships were made. One Public-Private Partnership (PPP) between the City Hall and Rio Mais concessionary allowed the construction and maintenance (for 15 years) of the Olympic Park infrastructure, as well as Carioca Arenas 1, 2, and 3, the Main Press Center (MPC), the International Broadcast Center (IBC), the hotel and infrastructure of Athletes Village (that was also build in Barra da Tijuca). In order to build the Aquatics Stadium, the Tennis Center, the Velodrome and Future Arena, City Hall has signed a technical cooperation deal with the Federal Government. The Union sent funds and the City Hall, through RioUrbe and Municipal Olympic Company, was responsible for the execution of the work.

Legacy: It will become a sprawling sports and educational complex in the Barra da Tijuca region, to be used by municipal school students and high-performance athletes, sharing it with social projects and events. Shared use with high-performance sports will be carried on in partnership with the Brazilian Olympic Committee (BOC). In addition to serve as training ground for elite athletes, some installations will be able to house international sports competitions. For its part – that is, educational and communal use – the City Hall will make use of the experience acquired with GEO units, the Olympic Villages and the Olympic Rio Fitness program.

Of the nine installations that make up the Olympic Park, seven will be kept post-2016: Carioca Arenas 1, 2, and 3, Maria Lenk Aquatics Park, Rio Arena, Velodrome, and Tennis Center. After the Games these will be joined by one Olympic-standard athletics track and two courts of beach volleyball, plus quarters for high-performance and beginner athletes.

The main access to the Olympic Park, the Olympic Way will be 1 km long, with five terraces and two belvederes. Its sinuous shapes were inspired by the traditional curves of Copacabana promenade. Viewers can access the main competition points. The Way starts at the entrance gate, at Avenida Embaixador Abelardo Bueno, runs through the Park’s center and finishes by the water line of Lagoa de Jacarepaguá, where the main living area is located (live site). The Olympic Way was designed with a maximum slope of 3.9º, ensuring comfort to the public, especially those with movement restrictions.

Legacy: It will be reserved for high-performance sport – with locker rooms and gyms – and for events like shows, fairs, exhibits and sports competitions. Part of the bleachers will be dismantled – there will be 7.5 thousand permanent places. At need, capacity can be increased again by installing temporary structures.

Legacy: After the Games it will be dedicated solely to high-performance sports. Able to seat 10 thousand people during the event, it will have its temporary bleachers removed and will have training rooms built over the flagging. Disciplines practiced are: weightlifting, judo, wrestling, badminton, fencing, rhythmic gymnastics, trampoline gymnastics and table tennis. There will also be locker rooms, coaches’ room and a store for sports material.

Legacy: After the Games it will turn into an Experimental Olympic Gymnasium (GEO), a sports-oriented school composed of 1,000 full-time students – it will be the city’s largest unit of its kind. The Olympic Park GEO will have 24 classrooms, labs of science and media, and two multi-purpose rooms. In order to become a GEO, the arena, which will seat 10,000 people, will have its temporary bleachers removed and will undergo some adaptations. After dismantling the bleachers classrooms and training rooms will be built over the flagging.
The new GEO structure will serve not only the unit’s students, but will also be destined to social projects, after some planning made to regulate scheduling. It will receive youths from social programs who wish to practice badminton, judo, wrestling, table tennis, archery, handball, futsal, basketball, volleyball, artistic, trampoline and rhythmic gymnastics, and also weight training. In total, GEO’s structure will be able to receive nearly 9.5 thousand people per month.

Seven game courts, with 250 seats each, and six training and warm-up courts.

Legacy: The 16 court complex will be downsized after the event, but will be able to receive high-performance athletes, international competitions, tennis schools students from social projects and other events. The main 10,000-seat arena will remain, along with eight more courts. It will be possible to build temporary bleachers in two other courts alongside the main permanent structure for viewers.

Legacy: It will have multiple uses, allowing for an integral use of its spaces. The gym will be able to receive bikers for technical improvement, as well as students of social projects for sports initiation, and also international competitions. The center of the track will get equipment for taekwondo, fencing, box and weightlifting practice. The place will be able to receive up to 740 social project students.

Legacy: Future Arena will be dismantled and transformed into four municipal schools built in the Jacarepaguá region, each with capacity for 500 students.

Legacy: It will remain directed to high-performance sport, but its role will be enhanced by offering spots for about 800 social project youths. They will be able to practice the four aquatic disciplines: swimming, water polo, synchronized swimming, and diving. The installation will still receive national and international competitions.

Legacy: Rio Arena has become a reference for the city’s sports and cultural scenes, serving as stage to great shows and sports events. The Artistic Gymnastic Training Center opened in January. At 1,400 sq. mts., the BOC-administrated installation will remain in use after the Games.

Legacy: It will be a commercial enterprise with stores, office rooms and restaurants.

Capacity: The 404 room hotel in the Olympic Park will have a full leisure área with a swimming pool, a convention center, a gym and a bar.

The stage for 11 olympic and four paralympic disciplines had already received the 2007 Pan-American Games and the 2011 Military World Games. As such, 60% of the permanent competition areas were already built. All interventions are coordinated by the City Hall with funding from the Federal Government.

Legacy: The Deodoro X-Park – that will house the canoe slalom circuit, BMX, and mountain bike competitions – will open to the public after the 2016 Games, offering equipment for extreme sports in a large outdoor area, which will be the second largest in the city. The canoe slalom circuit was already opened to the public last Summer, and will again be used as a great swimming pool for the people of the region, who usually have few leisure areas. The already existing areas of the Deodoro Sports Complex – the Shooting Center, the Equestrian Center, the Field Hockey Center, and the Modern Pentathlon pool – will remain under responsibility of the Brazilian Army, as well as the new Youth Arena. These installations will keep receiving high-performance Brazilian teams, as well as national and international competitions.

Capacity: 35,200 seats – the arena for Equestrian Show Jumping and Dressage will have 14,200 seats, being 1,200 permanent seats e 13,000 temporary ones. The cross-country track will accommodate 20 thousand standing viewers and 1,000 temporary seats.

Legacy: The BMX track will remain after the Games. There will be multisport courts nearby.

Legacy: Canoe slalom equipment will become a great swimming pool. The hurdles will be removed after the Games and a recreational lake will be created, as well as a channel with a slight current. The installation will also be used by high-performance athletes.