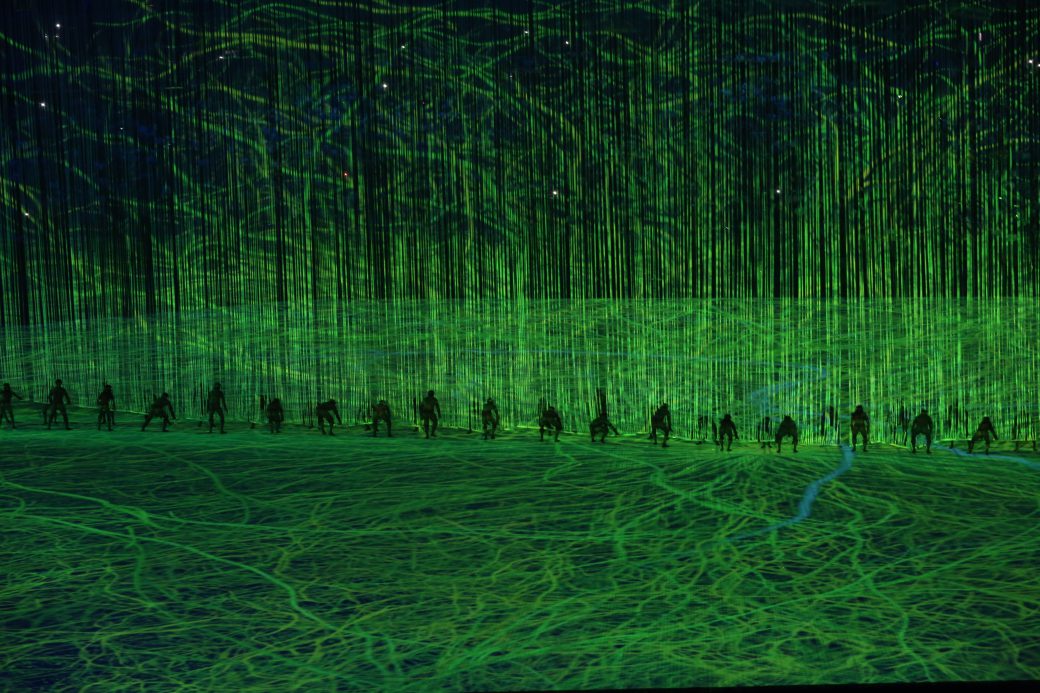 The Rio 2016 olympic games opening ceremony put sustainability at the heart of its creative programme and this infused all other elements of protocol.

The Olympic cauldron was deliverately small to reduce its carbon impact, using an artistic kinetic sculpture to generate impact rather than a large flame. The Olympic flags were hoisted by tje Rio Environmental Command Police. The Olympic rings emerged from a pop up Amazon rainforest drawing attention to both our impact on the climate and how deforestation destroys what our planet needs. Also, for the first time in an opening ceremony, athletes were given a role – to plant a seed for a new forest to be planned in diadora next year.

This may be the first time in history that such a strong politicsl nessage was expressed through the opening ceremony, though the creative team would not likely see this as politics, rather humanitarian concern. Indeed, Rio is best placed to chanpion such values, as its hosting the Earth summit in 1992 led the IOC to work more closely with tue United Nations Environmental Programme and to place sustainability at the heart of its Olympic priorities.

In advance of the ceremony, the creative team were keen to emphasise that Rio’s would be a ceremony on a budget, no less than others, but a return to an “analogue” age where large, expensive animatronics would be replaced with living, breathing performers. Yet, elements were every bit as spectacular as even the Beijing 2008 opening ceremony. The opening sequence which narrates the beginning of life on earth used 110 projctors ans clever projection mapping to create a hologram like 3D depiction of life  evolving into the Amazon rainforest, still the “biggest garden on this planet”

After Rio, it is hard to see a way back to the Opening Ceremony mega-spectacle, as clearly Rio 2016 did no less of a job than any recent Games. Indeed, the offense of spending multi millions on a show when significant economic obstacles exist would seem contrary to the Olympic ideals. Everyone in the stadium had an amazing experience with real moments of beauty surprising people. This seems more than enough for future Games hosts to desire as their opening ceremony legacy. Rio may just have changed everything here.