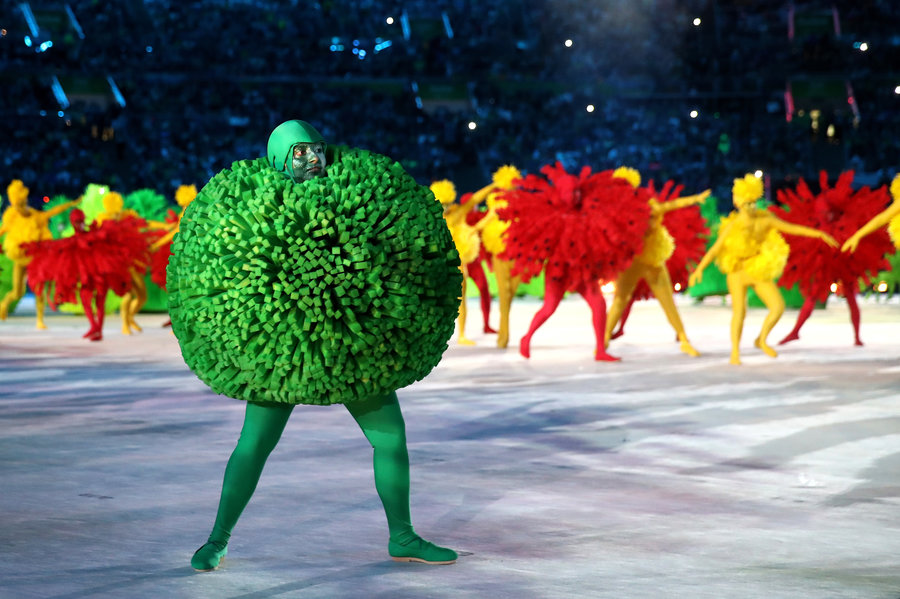 Those watching the Rio 2016 Closing Ceremony were treated to a moment of colourful madness, with the arrival of what looked like a tropical salad on the big plate that is the Maracanã Stadium. But this memorable segment, rather than just a bit of vegetable madness, was actually one of the artistic high points of these Games, and one of the best ways to promote globally the work of avangarde landscape artist Burle Marx.

Burle Marx has, in fact, been a visual constant of the Rio 2016 Games, as aptly discovered by the LA Times. From the promenade mosaics in Copacabana he designed in the 1970s, to their interpretation through every Olympic flagpole, every venue decoration, volunteer uniform, brochure cover… Rio 2016 memorable ‘Look of the Games’ has been inspired by the work of Burle Marx, who in turn was inspired by the lush shapes of the Brazilian flora and landscape to create some of Brazil’s (and the world’s) most memorable and original gardens.

A landscape architect, a ‘paisajista’, he spent his life working with plants to create living artworks or translate living organisms into unique – now iconic – urban mosaics. Burle Marx has been paid homage at the Rio 2016 Olympic Games and has acted as a source of inspiration to create a distinct visual identity that should help project Rio and Brazil not just as a beautiful city and country, but also home to innovative and mould-breaking creators.

You can learn more about Burle Marx here, and more about Rio 2016 visual identity here.