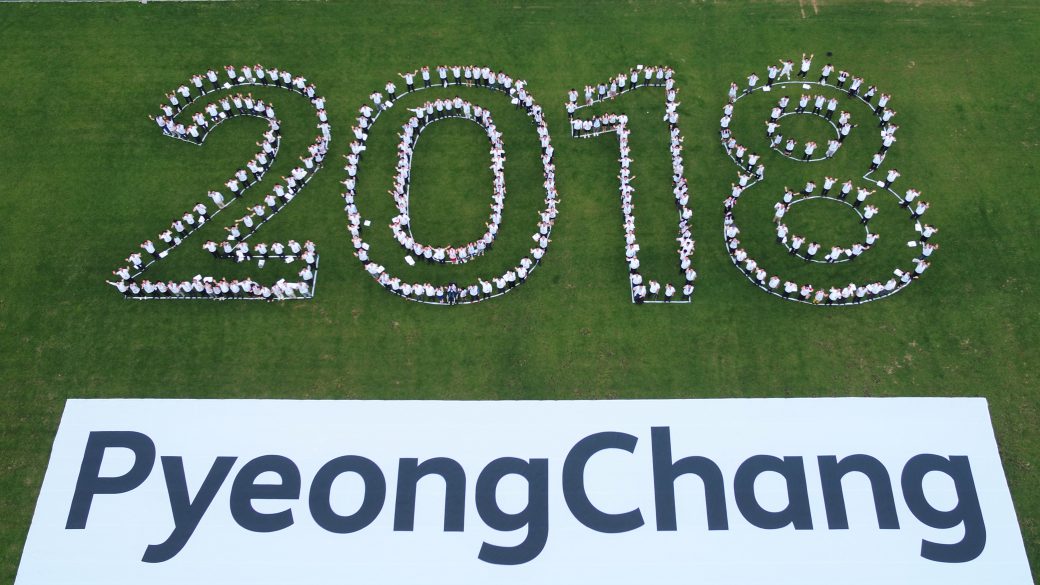 On the day of the Opening Ceremony, here’s a glimpse into the personality behind the creativity, a Q&A with Song Seung-hwan

Position: Executive director of PyeongChang 2018’s Olympic Games Opening and Closing Ceremonies
Start date: July 2015
Age: 61
Career history: Started acting on TV at the age of eight. In the 1980s, Song became a producer and has since produced more than 50 plays and musicals. In 1997, he created Nanta, a smash-hit non-verbal musical comedy. Nanta has travelled all over the world, running on both Broadway and London’s West End.

Song Seung-hwan is determined his Olympic Games Opening and Closing Ceremonies will allow viewers to see Republic of Korea for what it is, not simply as DPR Korea’s neighbour. From fan participation to augmented reality, the ceremonies, performed in the specially-constructed temporary stadium, sound like they will be true crowd pleasers.

What can we expect to see?

I can’t tell you detailed information, I promised the IOC (International Olympic Committee) I wouldn’t. But I can give you an overview of the concept: harmony from our traditional culture and convergence from our modern culture.

After us we have Tokyo (2020 Olympic Games) and Beijing (2022 Olympic Winter Games) and frankly, foreigners have a difficult time telling Korea, Japan and China apart. So, we are really focused on our uniqueness as Korea.

The Seoul (1988 Olympic) Games gave us some inspiration. The most famous element from the Seoul Opening Ceremony was the boy with the wheel and we are paying homage to that.

Can you give some examples of Rep. Korean culture you will be highlighting?

China has the Great Wall and the Forbidden City, grand architecture which has an overwhelming effect. In Japan the beauty tends to be a lot more artificial, highly detailed.

But for us, it is about harmony. We blend beauty into nature. For instance, while Korean houses don’t have separate gardens, they have very low fences, so the mountain in front becomes the garden. Harmony is a key element that separates our culture from Chinese and Japanese aesthetics.

In terms of modern culture, Korea has always been sandwiched between strong countries. We have been influenced by China, by Japan and after the Korean War, by the USA, but we never belonged to any of these cultures. We always kept and protected our own culture and instead got inspired by these cultures coming together with ours.

Will you be utilising a lot of technology or sticking with Rio 2016’s more people-based approach?

Of course it’s important to show off Korea’s cutting edge technology but I want to focus on the analogue side of it. We will be going for a more humane approach to move the world.

I want to deliver a smaller performance with a stronger impact. The IOC is really happy with my idea because they don’t want to see really expensive ceremonies.

Our ceremonies are taking place in a purpose-built venue. It’s much more of an outdoor performance.

Has the budget been sufficient for what you wanted to do?

When I was offered the position I learned that our budget was tiny compared to Beijing, London and Sochi – about 10% of what they had. It’s not going to be a mega event like Beijing, London and Sochi. If you look at the venue it’s about half the size of the usual venues which host the ceremonies, and it has a circular stage, it’s a very different environment.

Were you involved in the design of the venue?

When I joined there was an existing design, it was rectangular, a track field shape, the stereotypical shape of stadiums. But I told the designers: ‘We don’t have to worry about sport happening in this stadium like usual Olympic Games so let’s have more of a performance-orientated design.’

My first thought was to have a hexagonal shape, to symbolise a snow flake. But there was a budget issue so we settled on a pentagon shape, to represent the five Olympic rings.

Have you had to consider the weather in your plans, given it is an open stadium?

It is going to be really cold and windy in February, so yes we have been working on this for some time. The government is coming up with plans to fight the cold and on our side we have developed plan B, C and D.

For example, if we have strong winds we might not be able to use all our rigging elements and if we have heavy snowfalls, more than 30cm, we will adjust performances.

And because it’s going to be really cold for the spectators, we are planning a more interactive experience for them, instead of just sitting there and feeling cold. And for TV viewers, sitting on warm sofas all around the world, we have worked really hard on detailed production. Viewers will see a lot of augmented reality.

Has it been a fun process?

It’s been stressful. Korea’s eyes are on me; they have huge expectations for the first Korean Winter Games. For the past two years I have barely slept. I see ideas floating through my dreams. Whenever I wake up I start thinking about PyeongChang, usually it’s straight into problem solving, what solutions do I have to yesterday’s problems and challenges? That has been my ritual every morning.

I work with a lot of artists to brainstorm ideas together. There are 21 members in the directors’ team and 31 in the production team. The brainstorming is enormously fun. In the morning I agonise over what to do but then when I come to our meetings and we start the creative process, I get really excited.

What do you want spectators leaving the stadium after the Opening Ceremony to feel?

I want them to feel a sense of pride. Usually when you say Korea to the world what springs to people’s minds is North Korea and the nuclear issues. Even us Koreans forget we have really important cultural legacies and have excellent contemporary arts and culture.

Similarly, for the international audience, I want to deliver the diversity and energy of Korean culture, so they can remember Korea and Koreans for what we truly are.