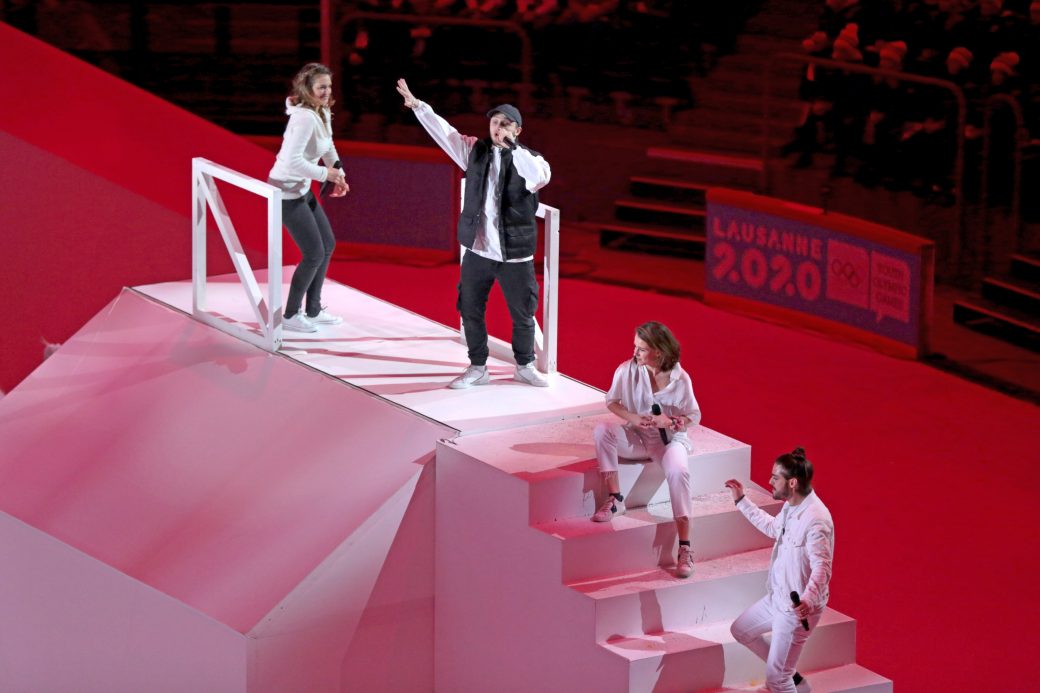 Every Olympic Games has a song and they usually tell a story of artistic collaboration, public involvement, and seek to mobilise the audiences to engage with the Games. In Lausanne, the song is called “Start Now” which is also one of the key hashtags for Lausanne 2020.

AS THE OUTCOME OF A COMPETITION LAUNCHED IN COLLABORATION WITH THE HAUTE ECOLE DE MUSIQUE VAUD VALAIS FRIBOURG (HEMU), THE SONG ENTITLED “START NOW” WILL BE ONE OF THE EMBLEMS OF THE GAMES AND THE EXPRESSION OF THE VALUES OF LAUSANNE 2020. FOUR YOUNG SINGERS FROM THE COUNTRY’S FOUR LINGUISTIC REGIONS LEND THEIR VOICES TO THE SONG AROUND AN ENGLISH CHORUS.

The music of composer Gaspard Colin had been kept secret for many weeks when the official song of Lausanne 2020 was finally unveiled this morning and broadcast for the first time on Lausanne radio LFM. A contest had been launched in December 2018 to create the official song of the Games. Students and alumni from HEMU were invited to compose the song that would accompany the best young athletes in the world and their audiences during the 3rd Winter Youth Olympic Games. It was Gaspard Colin, former student of the jazz department of the HEMU, who won over the jury made up of members of the Organizing Committee including Virginie Faivre, representatives of the IOC and HEMU, a representative of the Lausanne 2020 Youth Council and a young volunteer.